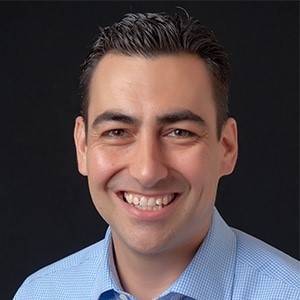 Nick Schumann enlisted in the US Army Reserve in 2003 and gained a direct commission as an officer in 2007. He currently serves as a Major in the US Army Reserve with more than 19 years of service. As a Reservist, Nick is currently attached to United States Southern Command (Southcom), which is based in Miami, FL. He is also a student at the Command & General Staff College.

After a couple deployments to the Middle East while enlisted, and after gaining his commission and going through the Officer Basic Course and functional area school, Nick began looking for roles in the public sector. Luckily, he was able to join the US Treasury’s Office of Terrorism and Financial Intelligence, the Treasury’s national security division. Nick was hired into this role by a fellow Army veteran he had served with in Kuwait. While at Treasury, he focused on illicit finance and helped develop targeted financial measures, such as sanctions, against national security threats primarily in Latin America and the Caribbean.

While at Treasury, Nick also earned his MBA at the University of Florida which was fully paid for by the post-9/11 GI Bill. This degree was helpful in his transition to the private sector and wouldn’t have been possible for Nick, without VA funding. After almost seven years at Treasury, Nick began looking at opportunities in the financial sector, specifically in the risk and compliance space (so as to carry on with his work combatting financial crime). He was then recommended to HSBC by a former US Treasury manager and was able to land a leadership role with the newly formed Financial Intelligence Unit.

Nick accredits his placement in his current role to his Army experience, which served as the foundation for his professional career. Nick states, “The Army got me to into Federal Government service as a civilian, with the Treasury Department, and my Treasury experience helped get me to HSBC.”

As Nick immersed himself into his current role, he wanted to find a community of fellow Veterans and Veteran supporters that he could connect with. Fortunately, he was able to do so through HSBC’s Veterans-focused Employee Resource Group (ERG), “Valor”. Valor focuses on a range of Veteran and service-member related areas such as Veteran recruitment, retention, employee policies, and volunteerism. Nick shares, “ERGs, like Valor, offer an excellent venue for supporting the transition process and I would strongly recommend joining one. And if one doesn’t exist, start one yourself”.

We asked Nick what advice he may have for service members and veterans considering a career in financial services?

“The advice I would give for service members and Veterans considering a career in financial services is as follows: